Office 2.0: how tech will transform the office

Technology is causing disruption on an unprecedented scale – not just to jobs but to work itself. Andre Sharpe, Regus’s Chief Information Officer, speaks to Wired journalist Matt Burgess about the innovations that will change the workplace in 2018 and beyond

1. Buildings will repair themselves

Prepare to say goodbye to the office building as we know it. The miniaturisation of microchips combined with a reduction in cost means it’s now incredibly easy for items to be connected to the internet. The sprawling web of the Internet of Things (IoT) includes everything from smart toothbrushes to door locks that are controlled remotely.

Within the office, the IoT will help employees to adapt spaces to their individual requirements – from lighting to temperature and even air quality. The systems that underpin these elements will be fully automated within the next three years. In older buildings, businesses will add sensors with the capability for staff customisation. There’ll be a radical reduction in energy consumption as a result.

In the future, spaces will become smart enough to manage themselves: buildings will request their own maintenance and oversee their own health. This will happen by embedding IoT sensors into the concrete walls of new constructions.

2. An AI will answer your query

In the last four years, there’s been a boom in artificial intelligence (AI) and its subfield – machine learning (ML). Computers are now able to analyse large datasets, images and videos to interpret what’s in them and come to conclusions. As well as being used in autonomous vehicles and Facebook’s News Feed, this tech is coming to workplaces.

This is going to turn customer support on its head. While customers today work with an agent to help them resolve an issue, soon these things will be automated by AI and ML. Gone will be the traditional call centre. (See How machine learning is transforming Regus’s call centres, below.) In its place will be integrated AI systems that answer customer queries efficiently and quickly. The world of tech support will quickly follow. 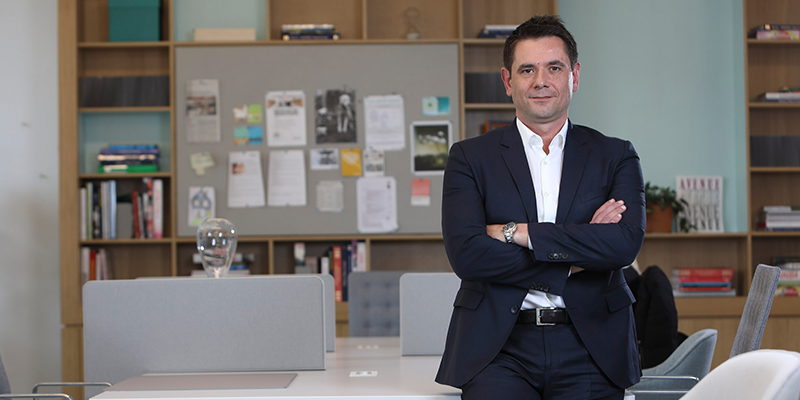 3. Executives will clear their desks

It’s likely AI and ML will have a big role to play in the automation of tasks. This means the type of work people do will shift. Everyone thinks AI and ML will replace repetitive and menial work, but it’s quite the opposite: it’s going to replace a lot of senior executives.

Senior leaders are human like the rest of us, and therefore at risk of relying on limited data or basing their decisions too much on intuition or gut feeling. This will change within the next four years. The next wave of automation will be the application of AI across industry data. Those models will be able to predict the actions that need to be taken to improve a business substantially better than product directors, managers and marketers could.

4. The world will become augmented

The history of virtual reality (VR) can be traced back to 1968 and a headset built by academic Ivan Sutherland at the University of Utah. Things have advanced a long way since then – with Facebook’s $2bn purchase of Oculus in 2014 a key moment. Now, headsets have become relatively affordable, and the fields of augmented reality (AR) and mixed reality (MR) have emerged – blending real-world objects with those displayed on digital screens.

AR will ultimately see more action than VR. Beyond the world of entertainment – gaming, music and films – the appeal of VR is too limited and cumbersome for mass adoption. The potential for AR is much greater. The latest iPhone and Android software packages give app developers considerable freedom and ability to create AR situations. Expect Google Glass, or something similar, to make a big comeback.

The technology will allow for virtual meetings, virtual desktops and virtual interactions. What’s more, these functionalities will be added to mobile applications or headsets that can overlay information and make it possible to complete multiple tasks at once. AR is almost the new workspace. 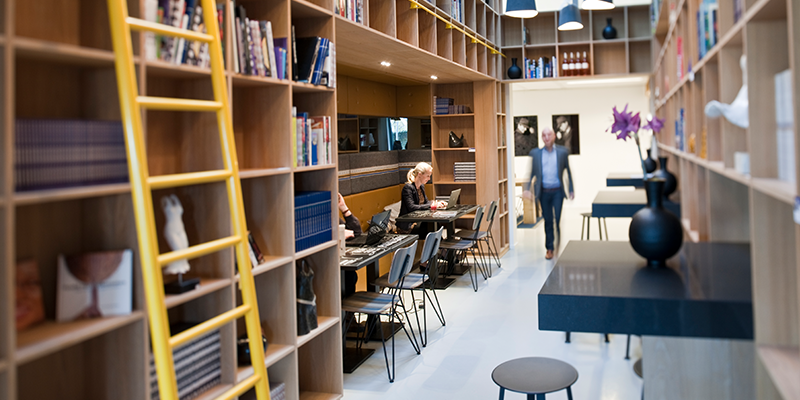 A Regus business centre in Laren in the Netherlands

5. Machines will get chattier

Technology has allowed the world to become much more conversational. This isn’t just down to the growth of instant-messaging applications, such as WhatsApp and Facebook Messenger. Increasingly, chatbots and virtual assistants, such as Amazon’s Alexa, are able to help humans with tasks. This will change how we interact with our phones, desktop PCs and user interfaces. And, as it gets easier for companies to build conversational interfaces, it will alter the way people work.

There’s no reason to build a complicated application with lots of forms, buttons and interfaces if you can ask something a question and get it done. Technological interaction with products will become increasingly seamless. Organising a meeting will be as simple as saying to a voice assistant: “Book me a room.” Based on information gleaned from diaries and other sources, the system will know when to schedule it and who to invite.

Blockchain is a complex system – a series of transactions, represented by blocks, that are available for all to see. The first blockchain was originally conceptualised in 2008 by Satoshi Nakamoto, who invented the cryptocurrency bitcoin at the same time. And, while the true identity of Nakamoto has never been discovered, the potential for blockchain is being realised.

The distributed ledger allows for transparency around almost anything. Distributed ledgers are essentially shared databases across multiple parties: everyone can see transactions that are made wherever they are and the history of transactions is preserved. Also, because there’s no central administrator to the ledgers, they aren’t easily manipulated by malicious actors.

Banks will be the earliest adopters of this technology before it trickles down to other industries. There’s also huge potential for blockchain to increase transparency and accountability around buildings. It’s how we can solve issues about property and deeds ownership.

As the blockchain works on cryptographic proof – at its simplest, advanced mathematics – it can remove the need for a third party in property deals, meaning buyers and sellers can directly interact. Research from Deloitte has said the blockchain could be used within commercial real estate letting. A system could create a shared database of rental properties, verify the identities of buyer and sellers and assist in the creation of smart, traceable contracts. Regus’s call centres get tens of thousands of calls per month, says CIO Andre Sharpe. Historically, it’s been a challenge for the company to handle so much customer interaction and there have been times when staff are overwhelmed with the volume. This has led to some dealings with customers and potential clients not being as thorough as they might be.

Artificial intelligence and machine learning have put a stop to inefficiencies, though. During the last six months, Regus has begun to analyse the data of its phone interactions. Sharpe says the starting point was determining the level of customer contact. “Of the 5,000 calls we had in the last half day, did we actually speak to the customer or not?” he says. “That’s important because, if we didn’t, we’d like to follow up with the customer or try again later.”

By using call data, Regus was able to train machine learning (ML) systems to determine when one of its call centre members had spoken to a customer. If they hadn’t been in touch, a return call could be scheduled. “We probably improved our customer contact rate, getting hold of and resolving issues by 20 per cent,” Sharpe says. “We now get back to them 99 per cent of the time.”

Sharpe believes that determining whether a customer was satisfied with the service they received from Regus allows the business to think in different ways, while also serving people better. “It’s starting to make a real percentage-point difference to our sales performance and customer satisfaction,” he says.

Now Regus is starting to apply ML to other areas, including customer service. “Our plan is to automate the resolution of the specific issues that customers are contacting us about,” concludes Sharpe.

Real estate turnover jumped by HRK 20 billion in one year

Real estate prices in the region jumped by more than 30%